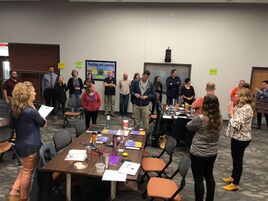 In August 2019, CC+10 sponsored a YMHFA training for staff at Ames Community Schools district office. Nearly 30 staff members from both the middle and high school took part in the training. The foundation is always looking for schools or groups to train. If you are interested please reach out. 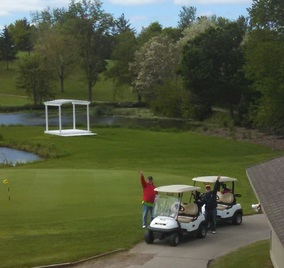 Alec Nigut demonstrating what it means to be +10 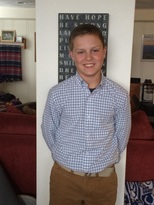 Alec Nigut is a friend of CC+10. As a service project in May Alec raised $250 for the foundation. It should be pointed out that Alex is a 7th grader. To show this kind of commitment and heart of service at a young age is truly amazing. Alec we thank you for your support and know you have a bright future. 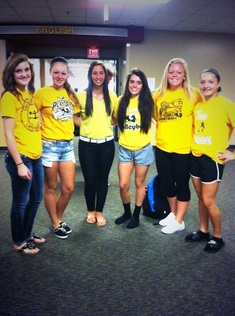 We asked local high school students to participate in national suicide prevention week by wearing yellow and/or writing love on their wrist. Students at Johnston, Scavo and Southeast Polk joined together to raise awareness and to remember those who we have lost. Suicide is a hard topic to talk about but together we can break that stigma and help those in need. Remember to follow us on Twitter and Facebook as we plan for awareness events.

The Kind Campaign is a recognized movement, documentary, and school program that is based on the belief in kindness. Finding Kind helps bring awareness and healing to the negative effects of girl-against-girl bullying. The founders Lauren Parsekian and Molly Thompson, both who have been affected by female bullying, created a documentary and non-profit organization that has affected hundreds and thousands of girls across America.

On September 27, 2012 the Kind Campaign came to Johnston Middle School.  The assembly was held for freshman and eighth grade girls about girls bullying each other. The assembly opened with the founders Lauren, and Molly introducing the journey of the Kind Campaign. They spoke about their own experiences with girls bullying them while they were young. They also spoke of their experiences while they were on the road filming the documentary Finding Kind.

At the end of the assembly all of the girls took the Kind Pledge. The Kind Pledge is a pledge that talks about girls trying to end girl on girl bullying.  All the girls read it aloud and signed their copy of the pledge.  Everyone also wrote apologies to someone they had been mean to over the years. They were encouraged to say they were sorry and try to fix something that had happened.  At the conclusion of the assembly the girls were told to hang their pledges up somewhere where they would be able to see it and think about it. They were also encouraged to give their apologies to the people they had wrote them to.

The Kind Campaign is an influential movement that is helping thousands of females across the country! It open eyes to the problems in my school and gave us the tools to know how to change ourselves. After, the assembly, I really saw a change in my school. People where more conscious of what they were saying and how their words might affect someone. The Kind Campaign really is a great thing and I am glad that Lauren and Molly are doing this. The Cameron Carico +10 Foundation was happy to help sponsor this event. The Kind Campaign aligns perfectly with our mission of happy and healthy families. We hope to continue to help bring in groups or speakers who share our values and beliefs.

In 2018, the Iowa Legislature passed SF2113 requiring all educators to receive yearly training in suicide prevention and trauma informed care.  Please Pass the Love and Mary Neubauer provided the extra support to Brian Carico and his family and provided the needed lobbying experience to make this five year effort a reality.
To read more about the legislation follow this link.

To read more click on the two hyperlinks below. 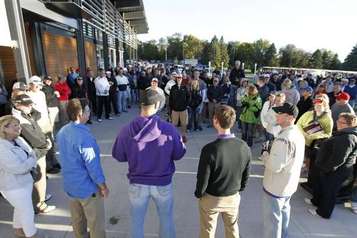 One of the many activities Cameron enjoyed was playing golf with his older cousins. Michael, Tim, Justin and Cameron would golf together every chance they could. The team of athletes lacked golfing skill, but the foursome grew closer through time spent together on the course.

The first annual CC Memorial was held in September 2012 at Bright-Grandview Golf Course in Des Moines. The course was packed with 144 golfers and over 30 volunteers. A great time was had by all, and the foundation was able to raise $11,000 for Iowa Health Student Assistance Program. The golf tournament is a yearly September event. Check out our pictures page to see photos of this year's Memorial Classic.